Why Do We Eat Bunny and Egg-Shaped Chocolate on Easter?

American Food Mart › Let's Talk › Why Do We Eat Bunny and Egg-Shaped Chocolate on Easter?

The celebration of Easter is a longstanding Christian tradition in European and American Countries. But the consumption of chocolate candies is fairly new. In fact, chocolate as we know it didn’t even exist until the 1800s. This begs the question: why do we eat rabbit and egg-shaped chocolate in these festive times?

Some reports suggest that eggs and rabbits’ symbolism are products of residual pagan practices. A Germanic goddess is often cited as the origin of the celebration. Eostre, which is her name, was celebrated at the beginning of spring. She also hung out with a rabbit.

It is not impossible that this could be the case, given the date on which it was celebrated and the similarity in name. Nevertheless, evidence suggests that the claims for Eostre being the foundation for modern Easter tradition, (apart from the name of course) are thin at best.

It is important to note that Easter has a different name in different languages, which may come from different etymological roots.

Bunnies As Icons of Fertility

Medieval Europe was fascinated with rabbits. Even scientists and philosophers from prior millennia raved about rabbits and their fertility. The discovery of their double pregnancy abilities led some scientists to hypothesize that they were hermaphroditic. The presumption of their ability to give virgin births was quickly associated with Virgin Mary. European Christianity also features three hares as a symbol of the Holy Trinity.

Both Christians and pagans have had an interesting story with eggs. Eggs were seen as a symbol of the underworld in pagan societies. They were also used on spells or for protective reasons. Christians however saw eggs as a symbol of rebirth.

Easter eggs were first mentioned in the book “De Ovis paschalibus” or, (“About Easter eggs”). The “Thinking Like an Anthropologist” book explains that the 1682 book mentions “… an Alsace tradition of an Easter Hare bringing eggs.”

But Why Do We Eat Candy?

Easter is celebrated at the end of Lent, which is a period of fasting and restrictive diets (no meat, eggs, or dairy). Easter would culminate in a giant feast for everyone. As religious traditions have eased off, other indulgences such as chocolate have taken over the holiday. This, with a combination of the aforementioned easter beliefs, is why we eat bunny and egg-shaped chocolate on Easter.

We hope you enjoyed learning why we do eat bunny and egg-shaped chocolate on Easter. If you liked this post, don’t forget to visit our website for more great articles, products, treats, and more on our website. There, you can subscribe to our newsletter and get linked to our Instagram page too!

Categories: Let's Talk
Prev postNext post
May is a special month, with very special celebrations. Although no child is more special than the other,
Read More
As social creatures, we love doing nice things for each other. That sometimes means taking care of someone,
Read More
It is finally May and the start of summer is just on the horizon. What better time to
Read More
Did you know that Mother’s Day is different around the world? It is a celebration of Maternal life
Read More
Let's take a look at some of the traditions associated with Pancake Day, also known as Shrove Tuesday,
Read More
Can we afford to spend so much money on coffee every day? How can we make it cheaper?
Read More
It is time to celebrate Bubble Gum Day. We celebrate this delightful candy on the first Friday of
Read More
Thanksgiving celebrations are as American as the 4th of July. There's nothing like gathering your friends and family
Read More
The origin of eating sweets on Halloween. Sweets were not always the treat of choice on the 31st.
Read More
Do you love iced tea, and fancy joining in with the celebrations? Never fear! We've got three delicious
Read More 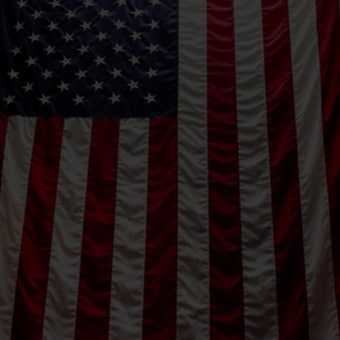 Enjoy our newsletter to stay updated with the latest news and special sales. Let's your email address here!