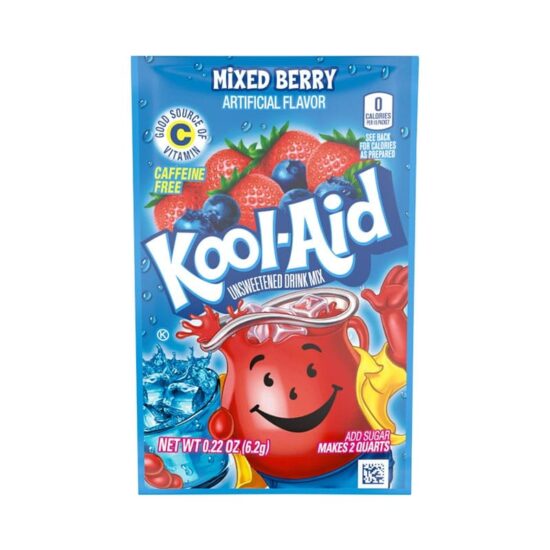 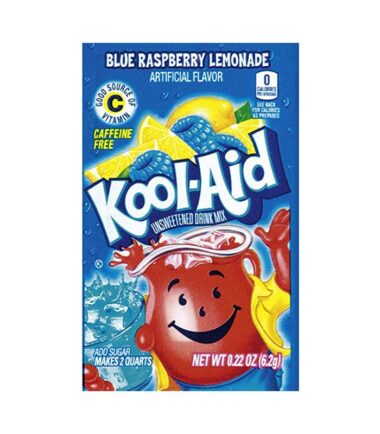 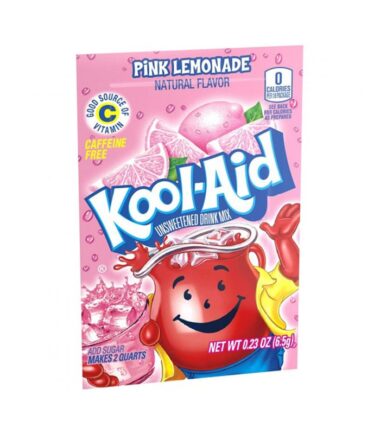 Kool-Aid drink mixes offer a delicious way to stay hydrated! This unsweetened powdered drink mix makes it easy to prepare a tasty blue mixed berry flavoured drink; just mix it with water and sugar or your sweetener of choice and you’ll have a refreshing glass of Kool-Aid in moments! With no caffeine, this artificially flavoured powdered drink mix is always a great choice for the whole family. It’s also a good source of vitamin C.