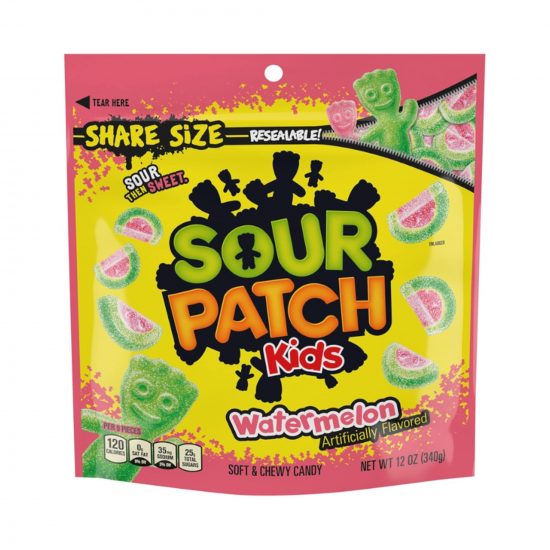 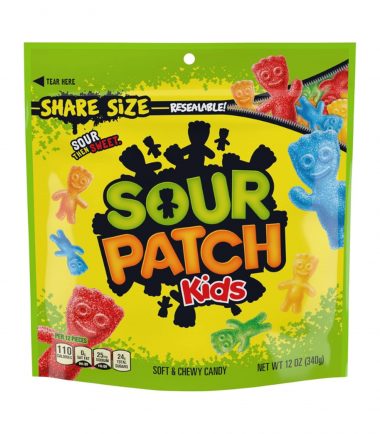 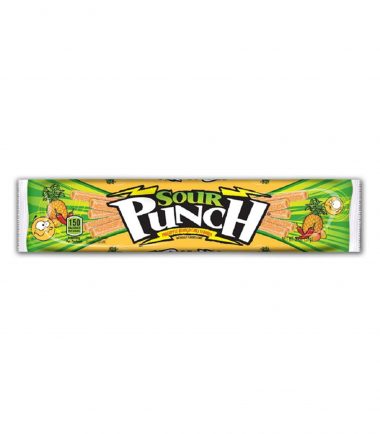 Charming watermelon shaped candy by Sour Patch Kids.  Tastes just like a watermelon. To begin with, pop one of these in your mouth. At first you will experience a sizzling sensation on your tongue which will then slowly turn to sweet thus satisfying your taste buds! Perfect bite sized treats to be enjoyed at the movies or games.