Wanting something bigger and different to nibble on whilst watching a movie? Then why not try our Barch’s Sathers Candy Corn!  Candy Corn is one of our favorite candies, with the favorite flavor- imported all the way from USA

Brach's started off in 1904, by one guy and his kettle. Emil Brach invested his life savings in a storefront, with the dreams of turning it into a candy store. Situated in Chicago, Illinois, he named this little shop; 'Brach's Palace of Sweets'. By 1923, they had expanded to four factories, and they were in the process of buying a fifth. Because of this growth, they became known as 'America's Candy Maker'. The first ever products they made were caramels, which were in high demand. Nowadays, they sell a large variety of different sweets, chocolate, and snacks. Not to mention their huge selection of seasonal products! Still going strong, they make and sell a huge array of sweet treats across America and the world today! 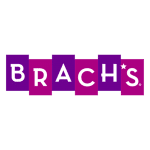 £9.99
Compare
Wishlist
Back to Top

We're updating our website at the moment however feel free to browse around in the meantime. Thanks for your patience and we'll be back very soon! Dismiss